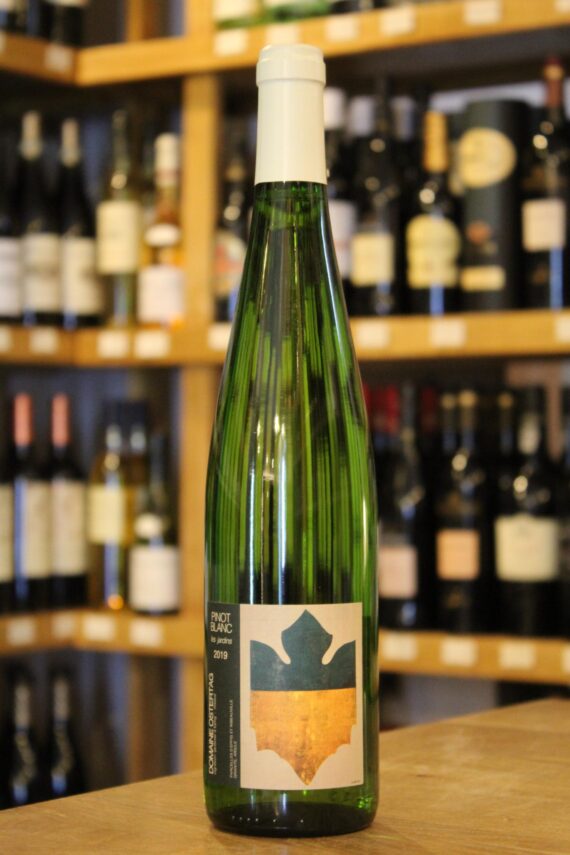 Only 5 left in stock

Effortlessly elegant and structured Pinot Blanc, bone-dry and mouthwatering. It exudes fresh and fruity aromas of yellow peaches and nectarine. A hint of hazelnut comes out with air. The mouthfeel is fine and tense with flecks of zesty minerality.

André Ostertag is described as a revolutionary winemaker and arguably Alsace’s most famous and respected. He is a pioneer, pushing the appellation’s boundaries, constantly experimenting and innovating to coax the ultimate expression of terroir. It is fairly young domaine, which began life in the 1960s, has 13 hectares of vines split among 75 plots in five villages. There is poetry to Ostertag’s practices. He looks for the nuance of terroir rather than the typicity of a grape varietal. In an act of rejection against the official classifications dictated by the A.O.C., he made up his own categories. Vins de Fruit that express fruit character rather than that of a specific vineyard site, Vins de Pierre reflecting the terroir from which they originate, and Vin de Temps that rely on time and weather to encourage the development of botrytis.

He ferments the majority of his wines completely dry, so their versatility at the table surpasses that of many other wines from the region. In Ostertag’s experience, a careful use of oak subtly enhances the traditional Alsatian varietals from the Pinot family, giving them greater depth on the palate. He uses oak sourced exclusively from the Vosges Mountains and, for his Pinots, prefers barriques to the traditional foudres. He rejects formulaic, scientifically engineered wines, and since going biodynamic in 1997, has been an active member of the natural farming community. The wines are quite simply brilliant. As of the 2017 vintage, André has stepped aside – handing the winemaking reins over to his son Arthur. Arthur has travelled the world to learn his trade and worked with his father for several vintages before stepping up to the plate.