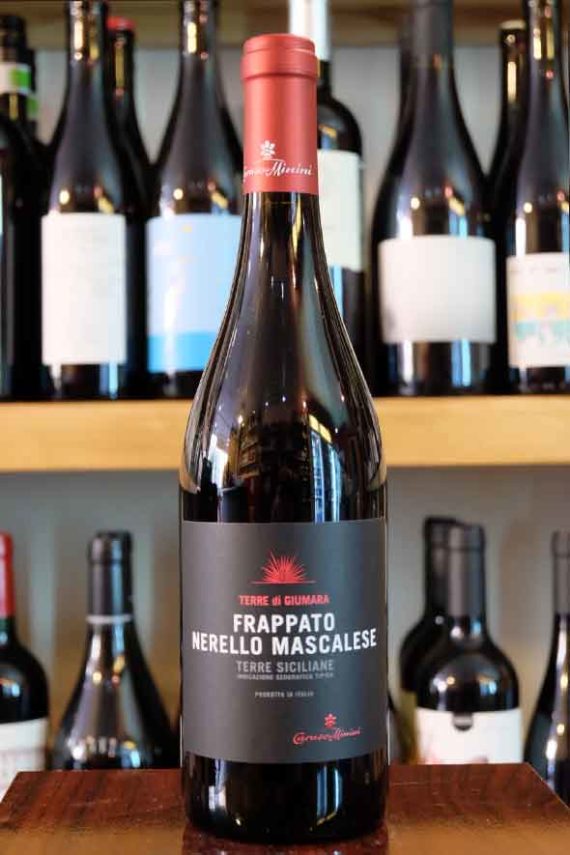 A great introduction to Sicily’s greatest red grape variety, Nerello Mascalese. Elegant and light Mascalese is used to craft the fine wines of Mount Etna, often referred to as the Barolo’s of the South.

This wee baby Nerello Mascalese and Frappato blend shows sunny, ripe,  jammy red fruits, wild strawberry, herbs and a touch of violet. On the palate it is rich, yet refreshing.

Caruso & Minini are a part of new revival in Sicilian wine. Smaller wineries have sprung up in the past decade with private investment and a strong interest in the potential of the native grapes from Sicily. One example is Caruso & Minini. When Mario Minini met Stefano Caruso it sparked a long-held dream to produce a wine in the historical winemaking region of Marsala in Western Sicily.

The estate’s grapes are grown in the vineyards of Giummarella and Cuttaia, located in a hilly area east of Marsala at an altitude of 400 meters above sea level. They focus on traditional varieties which are perfectly suited for the hot Sicilian sun.

The Terre di Giumara range focuses on these unique and delicious Sicilian grapes. Caruso & Minini are one of the only producers in Sicily to produce a 100% Perricone wine. Once widely planted in Sicily, Perricone has gradually disappeared due to its difficult nature but has been revived with the help of modern vinification techniques.

Alongside the staple Sicilian wines of Inzolia and Nero d’Avola, the range also includes a fantastic local white grape called Grecanico. Locally known as Grecanico Dorato due to its resistance to the Sicilian sun, Grecanico has Sauvignon-like aromatics and striking acidity. With the wonderful seafood and spicy cuisine on the island, it’s no wonder these native Sicilian grapes work so successfully with food.