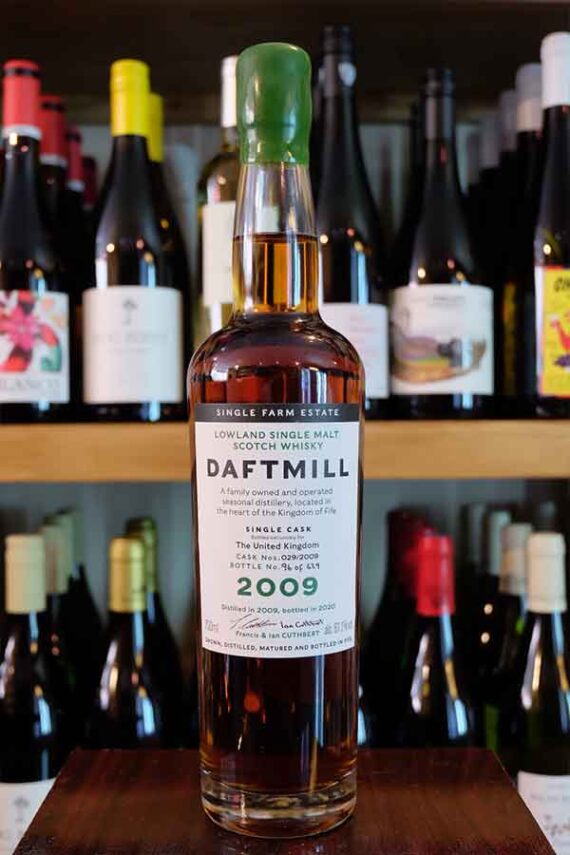 A single cask Oloroso Sherry Daftmill. The barley for this Single Malt was farmed at Daftmill in their South Fields, it was harvested in the last week of August 2006 and malted in Alloa during the summer of 2007.

The whisky itself was distilled in the summer of 2009 and filled into it’s Oloroso Sherry Cask on 8th July 2009.

Bottled uxclusively for the UK market, this is an extremely limited release of only 629 bottles.