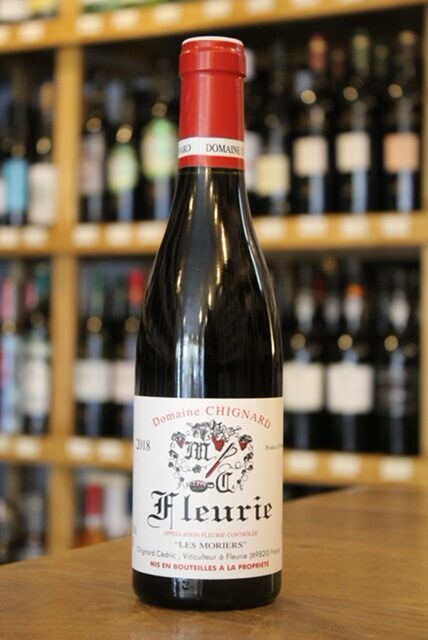 A classically floral style of Fleurie with good intensity and concentration.

Domaine Chignard was founded by Michel Chignard and is now run by his son Cédric. Chignard farms 8 hectares of old vines in Fleurie, situated at the top of the hill sloping down to Moulin-à-Vent and on pure granitic soils. The wines are elegant but serious and concentrated expressions of the terroir, none more so than the ‘Les Moriers’ lieu-dit. Cédric is following in his father’s footsteps and continuing the traditional Beaujolais way of farming and winemaking with a high proportion of whole bunch and using a mix of cement, old foudre and stainless steel during vinification.

The different cuvées are then blended together early in the spring before being bottled, unrefined and unfiltered. Like his father`s wines, Cédric`s Fleuries are intensely aromatic and complex with an energy, finesse and depth rarely found in other wines from Fleurie.