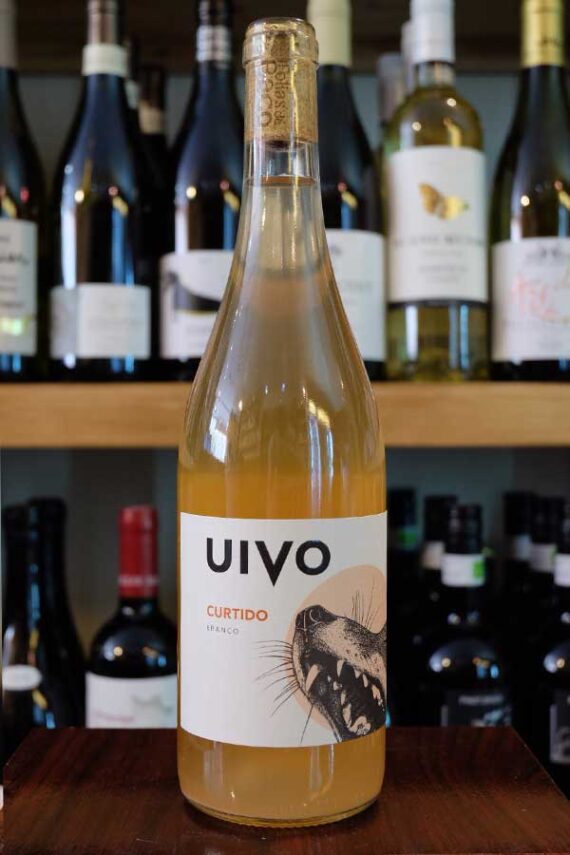 From +35 year old vines planted to 2 hectares of schist and granite soil blend. Hand-harvested in September, undergoes vigorous vineyard sorting, partially de-stemmed but not pressed and allowed to macerate for four months. Spontaneous fermentation takes place in cement tanks (5000L) with ambient yeasts and lasts roughly three weeks under temperature control. The wine spends approximately two months on the lees after pressing with no stirring. Aged in cement tanks for six months; not fined or filtered.

Tiago farms about 8 different vineyards all located within a 5km radius of his winery. One the key points here is the high altitude which differs from the rest of the Douro. He is not on the river but rather on a plateau at the top of the slope, between 550-700m. The cold nighttime temperatures slow down the ripening and help maintain a distinct acidity and freshness across the whole range. Another factor is the variety in the soils. Whereas most of the Douro is known for its slate/ schist soils, Tiago also has a bit of granite and varying amounts of clay in some parcels. Last, he has the advantage of having nearly 10 hectares of vines that are over 80 years old. The complexity of old vineyards and the vibrancy of younger vines creates a perfect balance in the wines.

From 40 year old vines grown on mostly schist + clay, with parts of it on granite