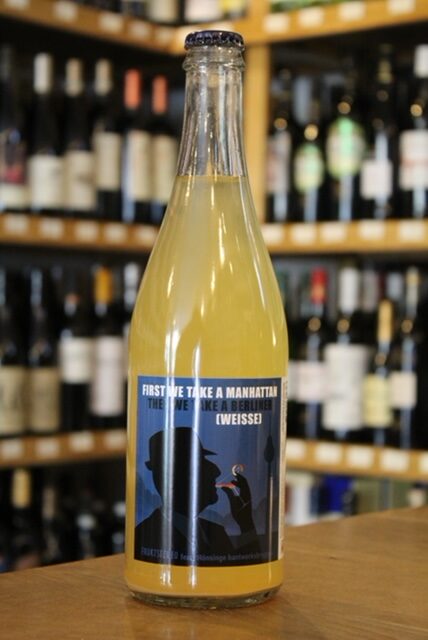 Only 3 left in stock

After many years in the restaurant business as runners, dishwashers, waiters, managers and sommeliers Karl Sjöström and Mikael Nypelius decided to start their own company to spread the word about good produce and especially what they knew the most about, beverages. With the intention of building up a bigger and more long lasting knowledge of natural and more sustainable products they began to import natural wines in 2014 from friends all over Europe. At the same time they wanted to produce something themselves and the creation of FRUKTSTEREO was a reality. First year (2016) they produced everything at Hällåkra Vingård, 30 km outside of Malmö, with fruit from the farm and the villages close by. The year after they got their own place in the old harbour area close to the city center of Malmö where they now produce everything by hand from fruit to finished product.

Fruktstereo make cider from 100% fruit, fermented with its natural yeast and without any additives. After picking, crushing and pressing the different fruits we use neutral containers to ferment the juice, mostly plastic vats. During fermentation we bottle the juice and let the last part of the natural sugar ferment in the bottle, producing bubbles. 2016 was their first commercial vintage and made approximately 3000 litres of cider and wine, divided in 18 different “albums”. When they both started out their only goal was to simply make nice, energetic, fruit driven, and very drinkable ciders from fruit that they picked themselves, that came from abandoned gardens and orchards in the countryside around Malmö.

They didn’t tend to put much of a focus on what they were using, so long as it tasted good. But then they began to realise quite early on that not only were they using apples and pears, but they began including other varieties of fruits and berries. With these additions, it might come to no surprise that they weren’t even allowed to be calling those products “ciders”.It was then that they decided to start calling their products “Fruit Pet Nats”. They pick as much of the fruit as possible themselves, and with family and friends. First years 50% of the fruit were from private gardens and abandoned farms in Skåne. The other 50% were “waste fruit” from different places in Skåne. When the farmers can’t sell their stored apples anymore they contact Fruktstereo and they take what’s left and make their more easy drinking and fruitier cuvée.