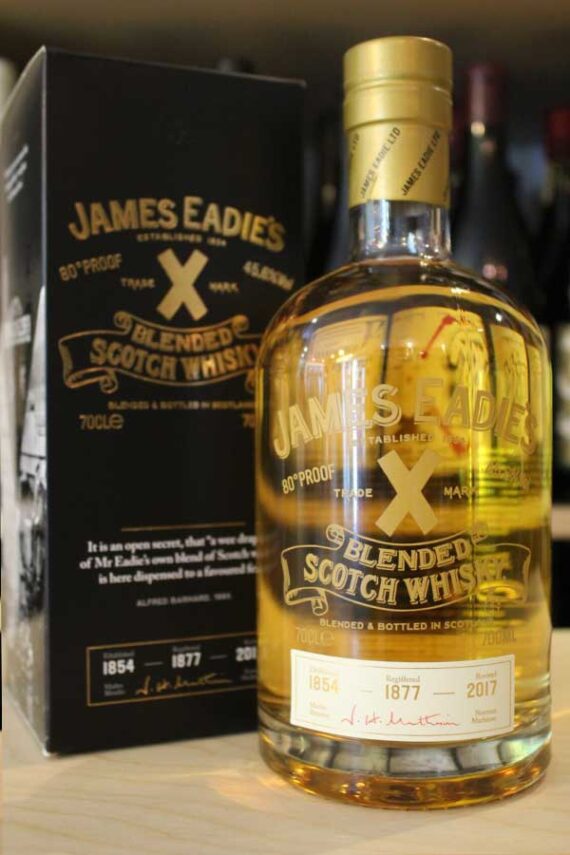 Only 8 left in stock

A historical blended Scotch whisky, named after the “X” blend which was created by James Eadie in 1854 & trademarked in 1877. One of the world’s first trademarks. The success of the bottle did not continue to the 21st century unfortunately so it was incredibly fortunate when original bottles & ledgers with notes in were found. It was the decision of the Eadie family to bring this bottle back!

In recreating Trade Mark ‘X’, only whiskies from distilleries which he personally bought from have been included in this blend – including some which have long ceased production. As he specified, these whiskies were matured in either American oak or sherry wood. Finally, we invited veteran Master Blender Norman Mathison to use his four decades’ worth of expertise to bring Mr. Eadie’s whisky back to life. The result is an elegant, peaty dram, which offers a rare glimpse into the art of blending from the first Golden Age of Scotch whisky.