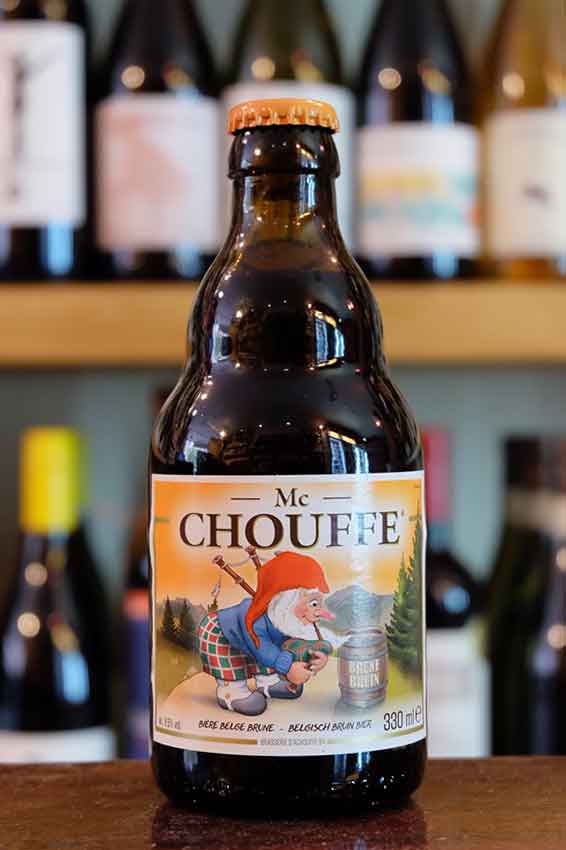 Mc Chouffe is a popular Belgian dark ale, which is from the Ardenne region of the country. It is set aside from many of the Belgian beers as it is unfiltered and then re-fermented in the bottle.

It pours copper in colour and has a slight haze to it in appearance. It has a sweet fruity aroma, as do many Belgian beers, and the flavour is just as sweet, although hints of cinnamon, aniseed and nutmeg add complexity to the brew. Behind the fruity flavour there is also a little hop bitterness, as is usual with a high ABV Belgian ale.