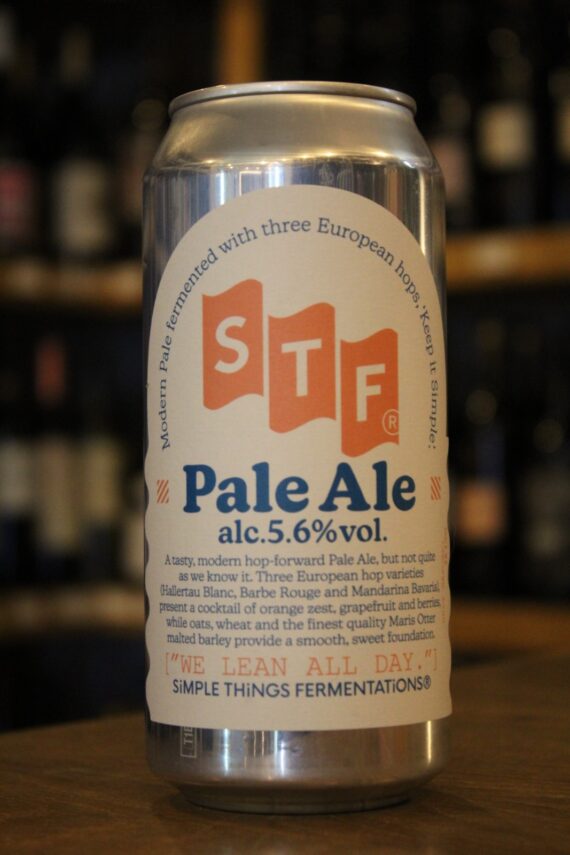 I’d been trying to produce a US-style Pale Ale using only European hops for a while even before I started Simple Things. The idea of a soft and fruity Pale Ale that didn’t rely on Citra, Mosaic etc – and therefore tasted slightly different but still had that everyone-enjoys-it thing – was my obsession as a home brewer. Well, one of them anyway. Finding European hop varieties that give fruitiness without earthy/spicy notes took a while and it turns out that they’re few and far between.

It’s not as simple as planting US varieties in Germany, Czech Republic, or wherever. So it took quite a few trials before I had recipe that I was happy with but we’ve now brewed this beer fairly regularly since Big Ideas No. 1 and tweaked it every time. Hallertau Blanc is still the biggest hop presence, but swapping out Huell Melon and replacing it with Barbe Rouge (the best hop no-one’s ever heard of) has been a big part of where the beer is now. We don’t put tons of it in but it imparts a big sweet berry thing, like strawberry ice cream, that really fills out the tangy fruit of the Blanc. We’ve always used Maris Otter as the base malt; this is a Pale Ale and it’s not all about the hops. We dropped the Crystal a while ago but still use loads of wheat and oats.