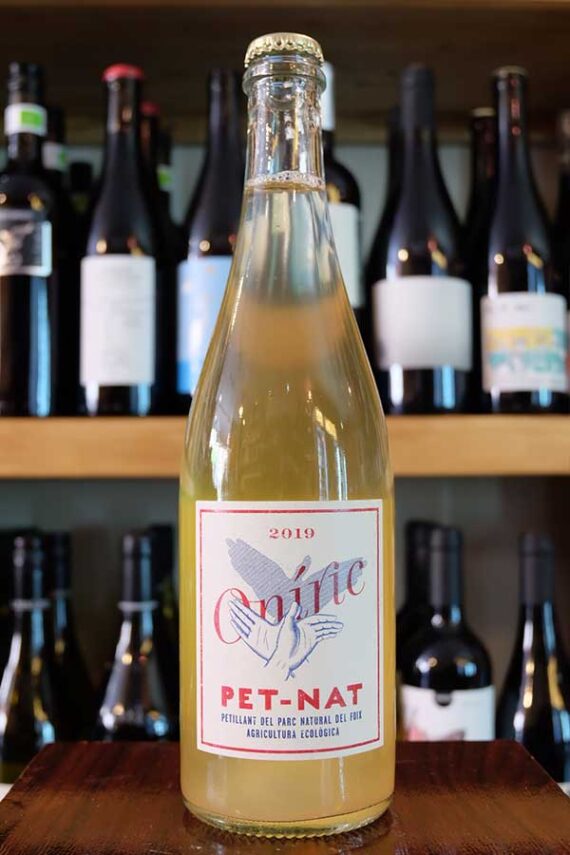 Only 4 left in stock

primarily from a old vineyard called ‘La Baixada de les Bruixes’ (forest parcel, meaning ‘The Witch’s Path’) in the heart of the Baix Penedés region where the soils are generally very poor, leading to low yields but a great concentration in

the grapes. These old bush vines are surrounded by a rich biodiversity, encouraging a natural balance in the vineyard that finds its way into the wines. Part of the parcel is also in the ‘Foix’ natural park.

Vinification: The xarel-lo was fermented in steel tanks, whilst the Muscat was fermented
in clay amphoras. As per traditional ‘ancestral’ or ‘Pet Nat’ method, the wines were assembled and bottled before the end of fermentation

and finished fermenting in bottle, giving the wine its bubbles. Unfined, unfiltered, undisgorged, and no added sulphites.

Other: ‘Oniric’ is a word in Catalan to describe a ‘dreamer.’ They liked this idea as this project really stemmed from a dream to take over and rescue these stunning old parcels and old vines that had belonged
to their family. As for the symbolism of
the birds, which appear on all their labels: first, birds in the vineyards are a sign of life, a sign of a balanced ecosystem and a reward for farming honestly and correctly. Secondly, as they finally now have their own space where they make the wines, they liken the grapes now having their own winery/ home just as birds have their nests.