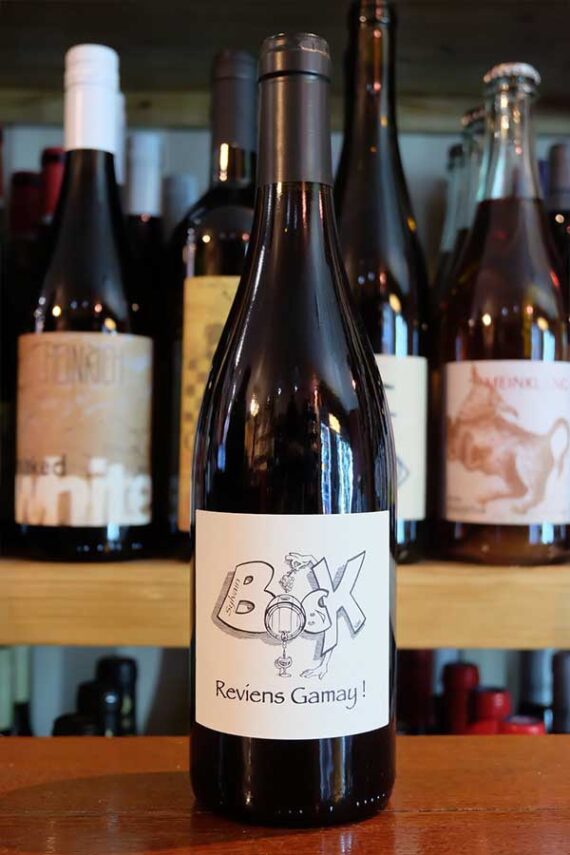 90% Gamay from a basalt soil vineyard at slightly higher altitude than Sylvain’s cellar, 10% Chardonnay from limestone soils. 2019 was a much cooler year so we see the alcohol down to 12.5%. A mineral expression of the Gamay grape, with a lovely acidity and compelling freshness.