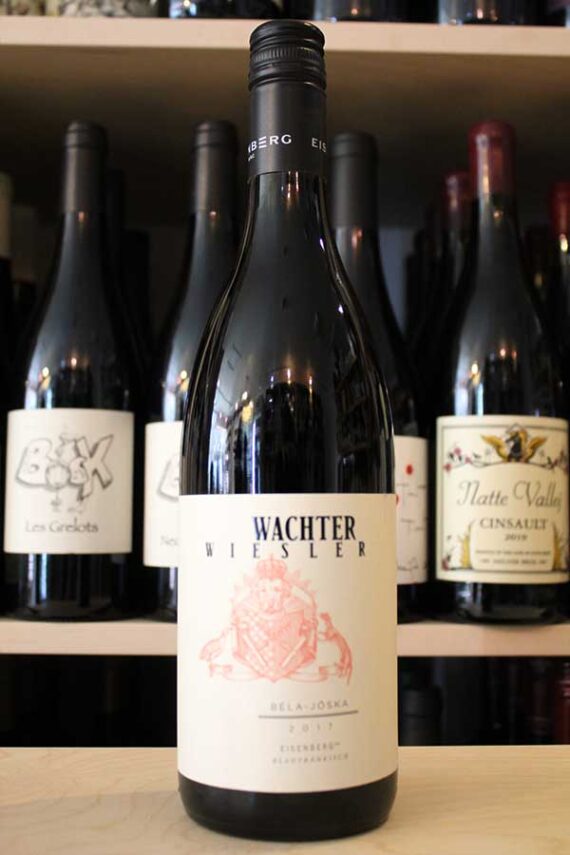 A classic interpretation of Blaufränkisch, with light floral notes, silky textures and high energy. With the unique soil from the Süd-Burgenland the wines rich cherry and bramble notes are accompanied by almost savoury tannins.

Even if you are an Austrian wine aficionado, chances are you haven’t been to Südburgenland. Rural and relatively remote, South Burgenland is perhaps best described as quaint, especially juxtaposed with its thriving and buzzing northern neighbour that is Burgenland. In 2010, at an almost absurdly young age of 20, Christoph Wachter-Wiesler took over all responsibilities of his family winery. As a fifth generation winemaker, Christoph immediately shifted the focus to Blaufränkisch, the indigenous grape variety that probably originated not far from the area and has always been around. Over the last few years, Christoph painstakingly converted to organic farming practices in all 65 parcels of 16 total hectares of vines spread across the gentle hills around the village Deutsch Schützen-Eisenberg, where Christoph’s father has been the mayor and the Wachter-Wiesler family call home.

Up until about 100 years ago, this corner of Austria was a German-speaking region of Hungary. The Hungarian heritage is still hugely influential today, both culturally and vinously. Eisenberg, meaning iron mountain in German, is extremely rich in iron, and gives the crumbly schist a blue-green color that turns brown when oxidized by water or oxygen. The only other place to find greenschist is above 4,000m in the Alps, but here it’s loaded with minerals that gives Christoph’s Blaufränkisch an incredibly beautiful minerality.

Now at 31, Christoph is already an old hand around the winery and has been accumulating all the know-how he needs to make waves in the wine world. He is now making some of the most refined and energetic Olaszrizling we’ve tasted and has vowed to grow and make the most mineral and elegant Blaufränkisch, many of them from single vineyards, to fully explore the delicacy and aging potential.