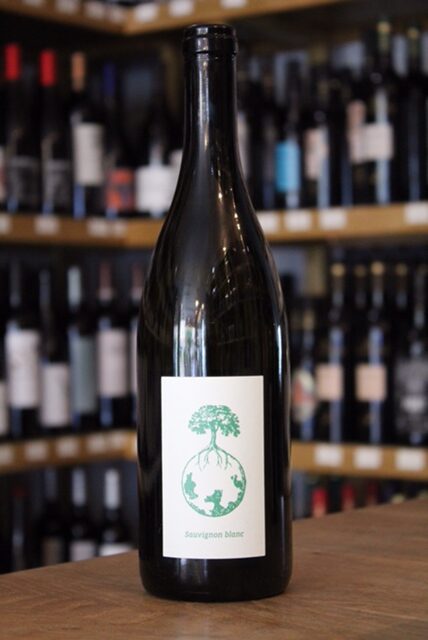 With its recognisable label, Weingut Werlitsch has become a staple in many wine bars and restaurants around the world. One of the first few winemakers in his region, Styria, Ewald Tscheppe converted to bio-dynamic farming in the early 2000s. With is distinct soil, the Opok the wines gain an unmistakable depth. The light smokiness and herbaceous aromatics are found in all his wines almost giving it a trademark style and complexity.

Ewald and Brigitte Tscheppe’s farm ‚Werlitsch‘ has become the synonym for some of the world’s greatest white wines. The farm has come a long way and its early beginnings in the 2000s were far away from easy.

At that time Ewald already visited biodynamic farms in different corners of the world and subsequently decided to transition the efforts of his work on biodynamic principles too. Despite the local market raising eyebrows and rarely enjoying this ’non-traditional’ Styrian style he kept going until people from further afield started noticing. The core range are the Sauvignon Chardonnay blends called ‘Ex Vero‘ which are divided further into different expositions of the incredibly steep vineyards surrounding the family’s house.

While Ex Vero I comes from the ‘least‘ steep vineyards, Ex Vero II and Ex Vero III almost exclusively come from sections of the hill where the vines grow on the poorest parts of the rock, where it’s almost impossible to work with any form of tractors or machinery. The so-called ‘Opok’, a local chalky marl builds the foundation of the hills, giving the wines its singular character.

Just like in the vineyards, the hands-off approach continues in the cellar. Fermentation happens naturally and may take up to a year, giving the wines plenty of time to evolve. All wines spend 18 to 30 months in barrel before being bottled. In addition to the main range, Ewald and Brigitte also bottle single-variety wines such as Welschriesling, Morillon and Sauvignon Blanc which should deserve equal attention. In ideal vintages they also produce skin-contact wines such as their phenomenal Glück or Freude. These are special wines from special people who have stood the test of time and deserve all the credit this world has to offer!